Hidden along Intestates 15 and 40, east of Barstow, California, resides the largest protected desert in the world. With its convenient location,a first-time visitor can get a glimpse of the Mojave desert as they drive through. Since the carful of kids visited Death Valley National Park, we have to drive through the Mojave National Preserve, just 90 miles south.

From pinyon-pine speckled mountain peaks to valleys teeming with creosote bush, the Mojave National Preserve challenges my perception of the desert. It’s greener than its Californianeighbor, Death Valley National Park. As the carful of kids drive through, the jack rabbit’s gigantic ears give him away, delighting my animal-loving kids.

The California Desert is Growing

President Obama designated three new national monuments in the Southern California desert to expand the area of protection. With this designation, critical ecosystems between existing parks are now connected. With the Mojave National Preserve, the Joshua Tree National Park and the new national monuments, this areaprotects the largest desert conservation area in the world.

The new Castle Mountains National Monument extends the protection of the Mojave National Preserve. It’s surrounded on three sides by the Mojave preserve and borders the Nevada state line.

The Mojave Trails National Monument connects the land between the Mojave National Preserve to the north and the Joshua Tree National Park to the south. As the largest new monument it encompasses 1.6 million acres to allow wildlife more protection during migration.

The Joshua tree dominants the Mojave Desert, a species of yucca and not a tree at all. Kids love Joshua trees and find them near Cima Dome.

What to do in 2 hours

Hike the Lake Tuendeu Nature Trail located off of Zzyzx Road on the western edge of the preserve, an easy .25 mile walk for younger kids. To see the highest concentration of Joshua trees in the world, hike the Tuetonic Peak Trail, a 3-mile roundtrip hike that starts 12 miles south of Interstate 15 on Cima Road.

The carful of kids drive across the Mojave National Preserve using the Kelbaker Road or drive Cima Road to get an appreciation for the Mojave landscape. A stop at the Kelso Depot is a must for the train lovers in your family.

Stop off at the Kelso Depot Visitors Center. It features an interpretive area, restrooms and water fountains in a restored railroad depot. I picked up the free Junior Ranger booklets for the carful of kids to complete to earn a collectible badge.

The Kelso Rail Road Depot houses the Mojave National Preserve Visitors Center (free, open Thursday through Monday from 10 a.m. to 5 p.m.). The carful of kids run through learning about the Mojave Desert as we complete the requirements of the Junior Ranger booklet. This is a must stop for train lovers.

In 1905 Union Pacific completed the Salt Lake-Los Angeles train route. To help LA-bound trains up the two-percent grade of the Cima Summit, required helper engines. The Kelso Depot provided a service area for Union Pacific and the vital water needed for steam engines.

Union Pacific closed the depot in 1985 as it wasn’t vital to operations. A preservation group and later the National Park Service bought and renovated the building.

Located between Interstates 15 and Interstate 40 in Southern California, the Mojave National Preserve is 200 miles east of Los Angeles. Baker, California, offers services like gas and lodging, located next to the preserve. Las Vegas, Nevada, provides the closest airport, 90 miles away.

The Mojave National Preserve is free and open 365-days a year and 24-hours a day. I found a handful of paved roads, like the major routes Kelbaker Road andKelso Cima Road. Though they are sun-baked and can be rough in areas.

I found three visitors centers,Kelso Depot, Hole-in-the-Wall and the Mojave National Preserve Headquarters in Barstow. The days of operation are limited. 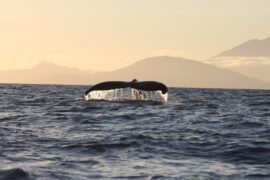