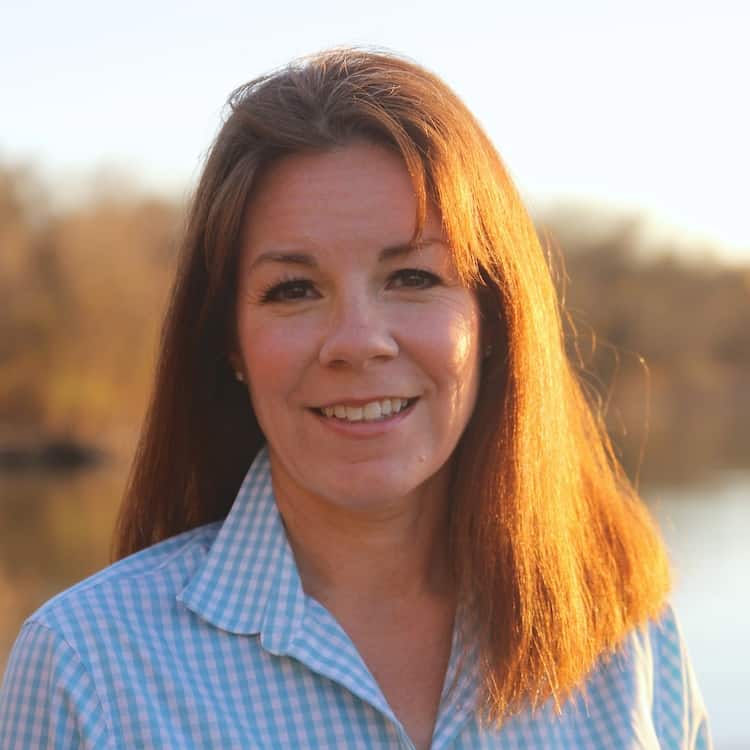 Catherine Parker and the Carful of Kids know family travel. Exploring together, they love the pulse of an urban city, like Los Angeles and New York City, just as much as Orlando and Disney.

Together they have explored 40 of the 62 National Parks of the United States so far. Staying in everything from a yurt to a AAA four-star property. 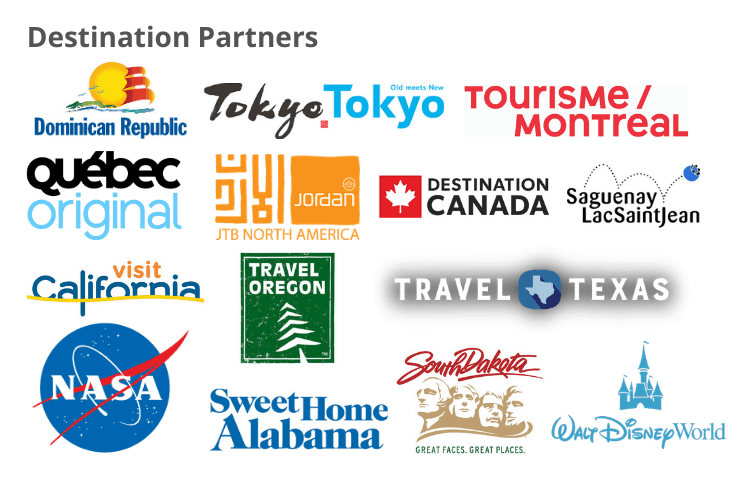 Follow along with Catherine and the Carful of Kids on your favorite social platform.

Catherine produces and distributes a monthly newsletter to subscribers. 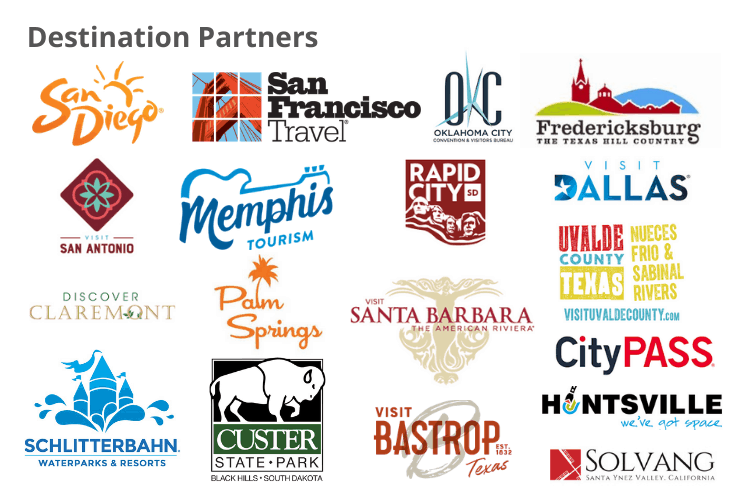 Family Travel Expert Catherine Parker offers insight to help parents find destinations families will rave about for years. Since she’s driven across North America with three kids, she knows traveling with kids can be messy.

During college, she merged her passions of good words and great buildings by studying English Literature and Architecture. While working part-time as a pre-school teacher she funded her travel purse and learned how kids think.

Since Catherine’s secret obsession is dessert, she worked in a French bakery the year she graduated from college. Though it wasn’t long before that fresh degree burned in her hands so Catherine moved to Austin, Texas, to use her architecture background.

Working with a group of designers in an Interior Design Showroom, Catherine learned the difference between a Chesterfield and a Camelback. Until adventure called again. Beating the odds, she landed a highly coveted job at American Airlines as a flight attendant. Next Catherine loaded up a storage unit and moved to New York City.

For the next 22 months, Catherine alternated between landing in every major North American airport and exploring every neighborhood in New York City. Both experiences proved invaluable since she lived in the most expensive urban area in the U.S. on $19,000 a year. 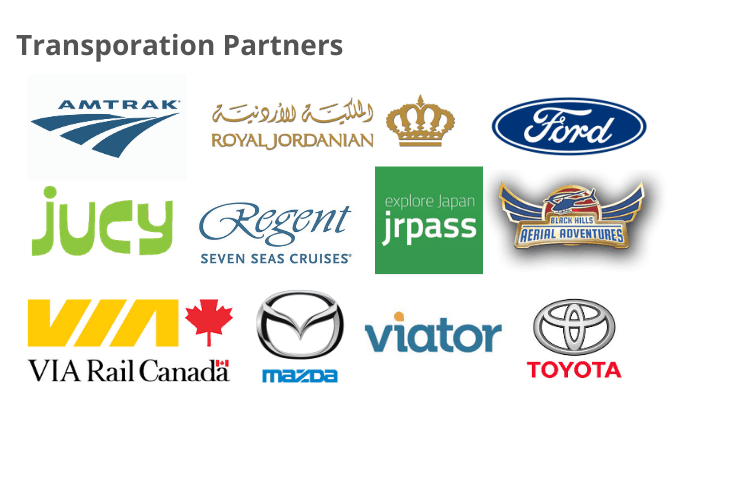 After a particularly hard winter, the West Coast called and Catherine transferred to San Francisco. For the next nine months, she hopped up and down the West Coast, passing out cocktails and skiing down mountains. Until the one morning that changed the world.

On September 11, Catherine lost her former roommate aboard the jet that flew into the World Trade Center’s South Tower. Unable to continue in the new security climate with a broken heart, Catherine relented and resigned the next month.

In the following year, Catherine got married, had a baby and took her first trip as a family traveler. With a carful of gear, she took one tiny baby to the beach.

As the years passed the babies accumulated, now three in total. Catherine wanted to show her kids their world. So early on she decided to drive through North America. To date, Catherine has logged 70,000 miles behind the wheel driving across the lower 48 and six Canadian provinces.

Her motto, Can I drive there? And so far the answer has been yes. Until one day when Catherine and her kids got caught up in an international car theft ring. Out of a paroled, paid parking lot she lost her car and the majority of their belongings in Montreal, Canada. Stolen, in broad daylight.

In the ensuing hours, Catherine used a foreign language from high school to make a police report while she and the officers enjoyed the Canada Day fireworks pop overhead. The next morning, she gathered their remaining belongings and loaded up a rental car to bid Montreal an adieu. 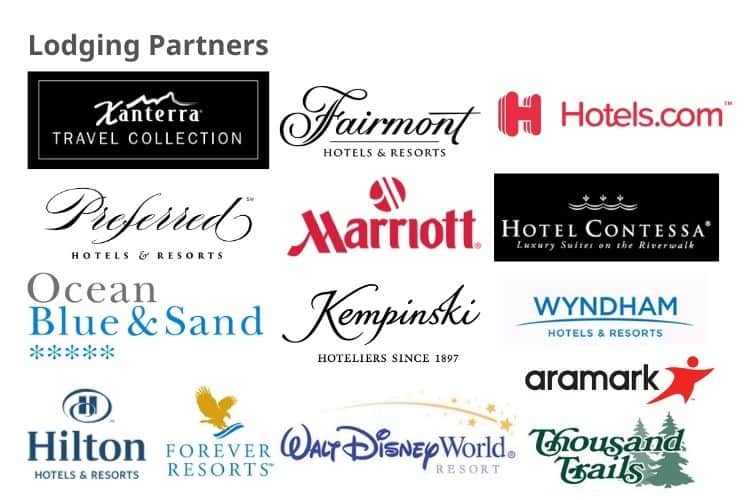 Through the whole ordeal, her kids aged 6, 10 and 11, never cried, whined or complained. And they even had fun as they raced through a French-Canadian Target replacing their stolen items to continue on their three-week itinerary exploring the East Coast and the Canadian Maritimes. Officially, they were offline for eight hours because of the alleged car theft.

Her car was never recovered and reportedly made its way to West Africa for its second life as a taxi. Her insurance company gave her a souvenir. A high-risk designation that she wears as a badge of honor.

Catherine seamlessly blended 25 years of experience starting with teaching preschoolers to working in a professional kitchen. Then transitioned to fine furniture and interior design to follow up in aviation. She just followed her passion hoping one day it would meld into the perfect career.

Find her work in books, she contributed to Compass–The Onboard Magazine of Holland America Line and Disney Cruise Line Wonder Onboard Guide. And RedTri.com named her site as one of the family travel blogs you need to bookmark now.

Catherine also contributes to print magazines, like Parents and the Chicago’s Suburban Parent. She is a regular contributor to the magazine, Taylor 76574, as a feature writer. Additionally she write for Texas Farm and Home magazine covering Texas travel.

Catherine is the National Parks TravelingMom at TravelingMom.com, visiting visited 41 of the 60 big national parks. And contributes regularly to the Wander with Wonder website. 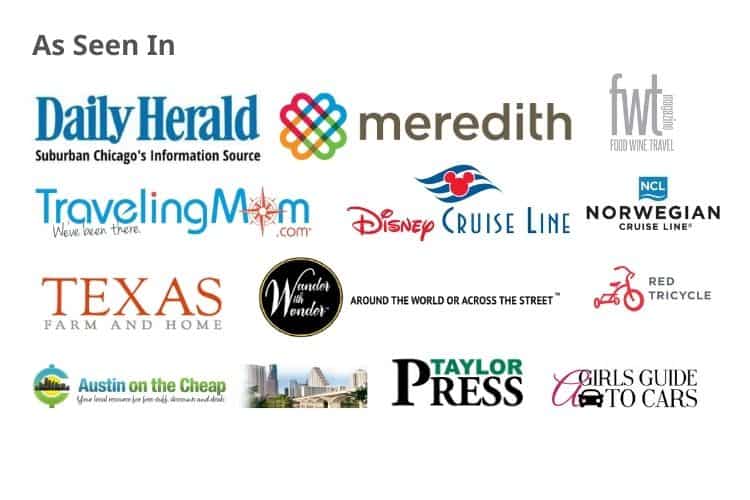