To learn more about NASA, head to one of its visitor centers across the U.S. See everything from Apollo capsules to space suits to retired Space Shuttle orbiters. Some visitor centers offers viewing platforms for launches.

One of the official NASA visitor centers and the Mothership of NASA. Named after John F. Kennedy who launched the 1960s space race. It’s also close to one of the launch facilities, Cape Canaveral.

If you’re visiting just one NASA visitor centers, this is the one. As a bonus, it’s a few hours away from Orlando.

First up, see the retired Space Shuttle Orbiter Atlantis. Walk through the Rocket Garden to see a visual history of the evolution of the rocket. Another must is the U.S. Astronaut Hall of Fame.

Also board the tour buses for the working Kennedy Space Center’s Spaceflight Center, including a look at the Apollo/Saturn V Center. And the upcoming, Mission to Mars with live shows and interactive exhibits.

Located at Space Commerce Way. Open every day from 9 a.m. to 6 p.m. most days with later seasonal closing times. Adult admission is $57, and kids 3 to 11 are $47, this includes the bus tour and IMAX film.

As an official NASA visitor center of NASA, it’s also home to the Johnson Space Center. Named after Lyndon B. Johnson who championed the human space flight and the Mission to the Moon in the 1960s.

This is where Mission Control is located for NASA launches and see the original 1969 Apollo Mission Control. The majority of Astronaut training occurs at the Johnson Space Center and it’s also responsible for development of human space flight.

In a sprawling complex that requires a tram ride to see all the attractions. The standout exhibit is the original shuttle carrier, NASA 905 with a full-scale orbiter replica mounted on top.It’s a converted Boeing 747 used to transport the Space Shuttle Orbiters.

The U.S. Space and Rocket Center features a sprawling complex with largest collection of rockets and space memorabilia in the world. A day’s worth of discovery and learning awaits along with an IMAX theater and glimpse into Space Camp.

As a Smithsonian affiliate and the Official Visitor Center of NASA’s Marshal Space Flight Center, the U.S. Space and Rocket Center features a rocket park with  that grew into the NASA program. Find the Space Shuttle Pathfinder, a test simulator along with one of the original Saturn V rockets.

This location is also home to Space Camp, a specialized camp for kids, educators and adults. Participants work through a mock Astronaut program.

The Marshall Space Flight Center houses NASA’s research and development facility for programs like the mission to Mars. Take a guided bus tour of the facility that remains closed to the public.

A bus tour departs daily from the U.S. Space and Rocket Center for a two-hour guided tour. Stops include the historic test site of former rockets, the International Space Station (ISS) payload operations and the Propulsion Research and Development Laboratory.

Tours are limited to U.S. citizens and a picture ID is required for all over 16. Tickets are $20 (5+) for all and kids 4 and under are free.

Learn about 100 years of flight and see 30 historic aircraft. Don’t miss the Apollo 12 Command Module that landed on the Moon. Find an IMAX theatre as well.

In a smaller facility located in San Francisco’s Silicon Valley, learn about Ames contributions to current and past NASA missions. With rotating exhibitions, see the Lunar Glove Box used for examining the moon samples from the Apollo mission. Or see the Mercury Redstone capsule launched in December 1960.

This facility focuses on Earth Science so learn how NASA explores Earth from Space.

Learn about the James Webb telescope built at Goddard Space Flight Center. Then learn about Hubbard Space Telescope that’s been in orbit for 25 years.

Launched in 2009, learn about the Lunar Reconnaissance Orbiter and its mission to map the moon’s surface. Looking for ice, or water, and suitable places to land on the Moon, the LRO’s mission continues.

Don’t miss a walk through Goddard’s Rocket Garden and the Astrobiology Walk.

Located next to Goddard Space Flight Center on ICESat Rd., it’s free to visit. Open Tuesday through Friday from 10 a.m. to 3 p.m. September to June and open till 5 p.m. in July and August. And open Saturday and Sunday from noon to 4 p.m. year-round.

It’s the official NASA visitor center for NASA Stennis Space Center. Learn about the evolution of the NASA space program starting with the Gemini Project to the Apollo Program and continuing to the ISS, or International Space Station. Also learn about the future of NASA with the latest on the SLS, Space Launch System. It will get humans to Mars.

This facility explains the role of orbital and sub-orbital rockets and scientific balloons. It’s also a launch facility for sub-orbital missions.

Located inside the Great Lakes Science Center in Cleveland learn about living in space at the International Space Station. Then see the Skylab 3 Apollo Command Module.

Located at 4800 Oak Grove Dr. in Pasadena, California. All visitors 18 and over must present a valid driver’s license or passport. All non-U.S. visitors must present a passport or resident visa card.

The Neil A. Armstrong Flight Research Center in Edwards, California, is listed as an official NASA visitor center. Though it doesn’t not support public tours on a regular basis.

Where to see a Retired Space Shuttle

Best Aviation Museums across the U.S. 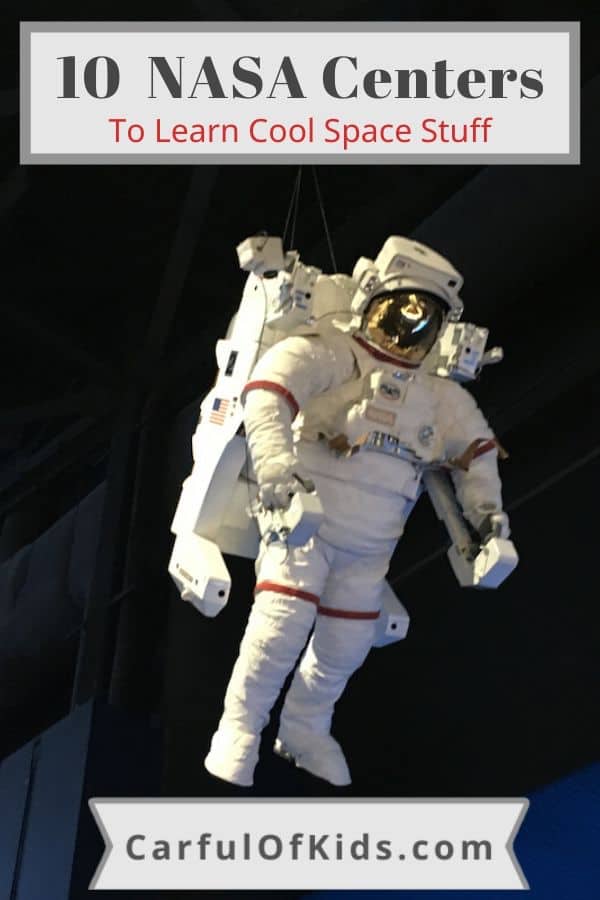 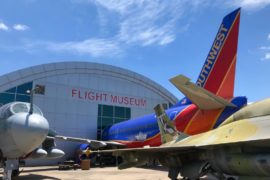 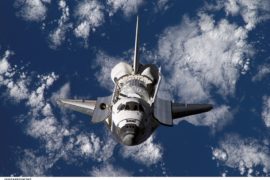 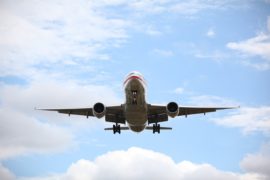