The carful of kids spent yesterday in Virginia at Thomas Jefferson’s Monticello and Shenandoah National Park. After a packed day, I loaded the kids into the SUV and drove 260 miles (approximately four hours) to Hershey, Pennsylvania, so we could visit Hershey’s Chocolate World, first thing in the morning.

Hershey’s Chocolate World has been on my list of places to visit since I lived in New York City fifteen years ago. The carful of kids hit the parking lot at this popular attraction early–specifically when they open (9 a.m.) for there are several attractions in this complex. Hershey’s Chocolate World is the Hershey’s Factory Tour and huge gift shop but there is the amusement park, HersheyPark with a water park The Boardwalk as well.

The town of Hershey, Pennsylvania, is a chocoholic headquarters and has enough attractions for a long weekend with the kids. The carful of kids start at chocolate central, Hershey’s Chocolate World–the tour itself is free and this includes an amusement ride-type tour of the chocolate making process. This entertains the carful of kids for a few minutes before we grab some chocolate to nibble on later in the SUV. We don’t have enough time for a visit to the amusement park but we do drive across the street to Hershey Gardens.

Hershey Gardens, a 23-acre botanical garden that opened in 1937 as a rose garden, is a great place to visit with a carful ofkids. There is plenty of space for them to run around and the garden-lovers, Melissa and myself, look for inspiration. Hershey Gardens incorporates their chocolate heritage into their landscaping as well.

After a few hours exploring Hershey, Pennsylvania, the carful of kids are antsy to see the next attraction–Niagara Falls near Buffalo, New York. Back in the SUV, we head north 320 miles so we can have wings for dinner. A little over five hours later, we arrive in Buffalo at the Anchor Bar–home of the original buffalo wings where they have been frying them up since 1964.

After gorging ourselves on wings, the carful of kids want to see Niagara Fallsat night next. If you are visiting Niagara Falls, make the effort to see it at night. The falls are completely lit (until 11 pm most nights) along with the Niagara River that feeds the falls. You can even ride on the legendary Maid of the Mist (open from May until October) until 8 pm.

Know before you go: The parking at night at Niagara Falls is abundant and we parked on the street; the park is lit at night and there are lots of tourists. 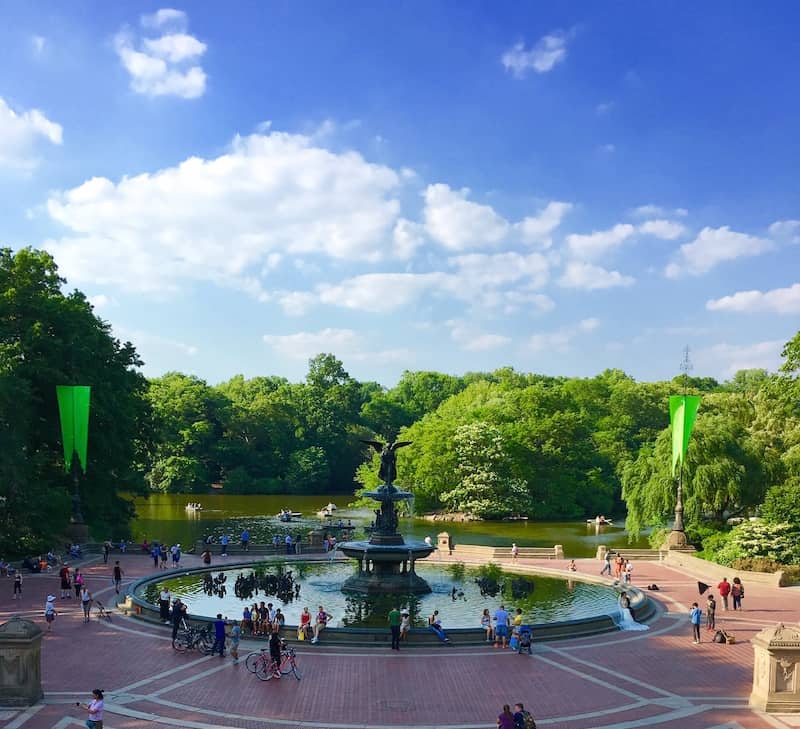 Top Things to do in New York City’s Central Park