A trip to San Antonio isn’t complete unless you sample its Tex-Mex along the Riverwalk and visit at least one of the missions. The good news. right across the street from the Riverwalk is one of the most famous. Starting in the middle of downtown, the San Antonio Missions run along the San Antonio River as a string of five compounds with original buildings. Each offers an important piece of local history and still part of the community, often used as churches. Here’s how to see the best San Antonio Missions to visit if you have an hour, or want to take all day.

Nearly 300 years ago, North America was in the middle of the turbluent time of colonization as several European countries sent groups to claim land for their kings. The Franciscan friars built compounds along the banks of the present-day San Antonio River to settle the new world for Spain.

Working with the Catholic Church, the walled areas taught existing communities farming practices from Europe along with a new language and a new religion. The five San Antonio Missions were designated a UNESCO World Heritage Site for its significance and are a National Park Service site.

Located right across the street from the Riverwalk, the Alamo remains a symbol of San Antonio and Texas as a whole. Though central to the Battle of the Alamo, it actually started as a mission.

In 1718 the Alamo was built as the first Franciscan mission. It offered protection and education to all that converted to Spanish Catholicism.

Secularized in 1793, the original residents continued to live and farm the area surrounding the Alamo. In the early 1800s, tensions rose between Mexico and the settlers of Texas (many not from Mexico). The Texas Revolution broke out and escalated, the Alamo became the center of the conflict.

On March 6, 1836, after a nearly two-week long siege, the battle broke out between William B. Travis, commander of the Alamo and General Santa Anna and the Mexican troops, who greatly outnumbered the Texans.

The defenders of the Alamo, like David Crockett, were lost in the battle. The Alamo is now a symbol of heroic struggle against overwhelming odds and the legend lives on.

The Alamo, or the Mission San Antonio de Valero as it was originally called, is in the center of downtown San Antonio. Most visitors to San Antonio and the San Antonio Riverwalk walk pass the Alamo.

How to Visit the Alamo

If you have time to visit just one mission, this is a best San Antonio Mission to visit. You can walk through the buildings, visit the gardens that surround the Alamo or just see the facade and take a picture. It is lit up at night.

Best Summer Things to do in New Braunfels

Top Things to do in Fredericksburg

Mission Concepcion remains the same as it did when it was dedicated in 1755. It is the oldest unrestored church in the U.S.

In 1731, an East Texas mission community was struggling and needed to relocate. Nuestra Señora de la Purisima Concepción, or Mission Concepción, is the first mission south of the Alamo.

Each of the missions is used differently today and Mission Concepción remains virtually unchanged features original frescos. The exterior is of the Spanish Colonial Style and even features Moorish styles used in Spain at the time.

Outside of the Alamo, Mission San José y San Miguel de Aguayo is the best San Antonio Mission to visit since it’s the largest and most intact. San José, as it’s is known, offers a large NPS visitor center and it is the most visited. Visitors walk though the wooden gates and into a walled compound centered around the church and get a feel for life like during the mission years.

In 1720 Fray Antonio Margil de Jesús, founded Mission San José that grew into the Queen of the Missions and the model for remaining missions. Built in 1768, the limestone Spanish Colonial Baroque church called the missions residents to prayer three times a day.

At the peak of the mission development, 350 residents lived in two-room quarters inside the protective stone walls. The large protected area contained daily activities, like bread baking and school.

As an active Catholic Church, San Jose holds services, especially on the weekends. A sign of the church door will signal when services are being held.

Mission San José offers guided ranger tours at 10 a.m., 11 a.m., 2:15 p.m. and 3:15 p.m. to walk visitors through the mission way of life. Find picnic tables, an interpretive movie and restrooms at the visitor center, located outside of the walls.

Originally founded in East Texas in 1716, the mission transferred to this location in 1731. Mission San Juan Capistrano had less land than other missions to use for crops and had issues with its population abruptly abandoning the mission. Though residents grew many crops including corn, beans, chilies, melons, squash and sugar cane. Surplus produce and cattle were traded with the other missions and Mexico. Agriculture remains as important today as 300 years ago.

See the mission’s white plaster exterior, replastered after a renovation in 2012.

The oldest East Texas mission formed in 1690 and in 1731 the residents moved to Mission Espada. Constructed of brick where the others missions featured stone, Mission Espada sits last on the Mission Trail.

See a loom that was used to make cloth from the sheep’s wool, grown nearby. Near the Mission Espada, the original aqueduct remains. Used for irrigation, the duct was constructed in the 1740s and carried water from the nearby San Antonio River.

There’s even B cycles along the route for you to rent (via an app) and park at the Missions. Or visitors can drive between the missions.

Here’s a link to the Mission Trails Hike and Bike trail.

Kids at the San Antonio Missions

Pick up a Junior Ranger booklet at the San Jose Visitor Center and complete the activities for a collectable badge. This booklet takes about an hour to complete and adds to the educational experience.

My boys loved exploring the Alamo and running through the Mission’s grounds where history came alive. The Battle of the Alamo diorama and the antique weapons thrilled my boys.

Long before Texas became a state or the United States became a nation, a group of Franciscan friars built five missions along the San Antonio River. Starting in 1718 with the Alamo and later the Mission San José in 1720, the Spanish friars offered the Coahuiltecan Indians living in South Texas protection and sustenance.

After the East Texas Spanish missions floundered, the remaining residents moved to San Antonio. Finding wildlife, timber and water in abundance, mission life offered structure. With daily devotions, education for the children and lessons in farming, domestic skills and modern building techniques for the adults, mission life provide a community.

In 1775 the San Antonio Missions were secularized, no longer necessary for survival for the Coahuiltecan Indians. Though the missions remain active churches in the surrounding communities. In 2015, the United Nations recognized the Alamo and the four San Antonio Missions as a UNESCO World Heritage Site.

Drive, walk, bike or use public bus transportation to reach the missions. Find lodging and food service near the San Antonio Missions National Historical Park though not located within the park boundaries. 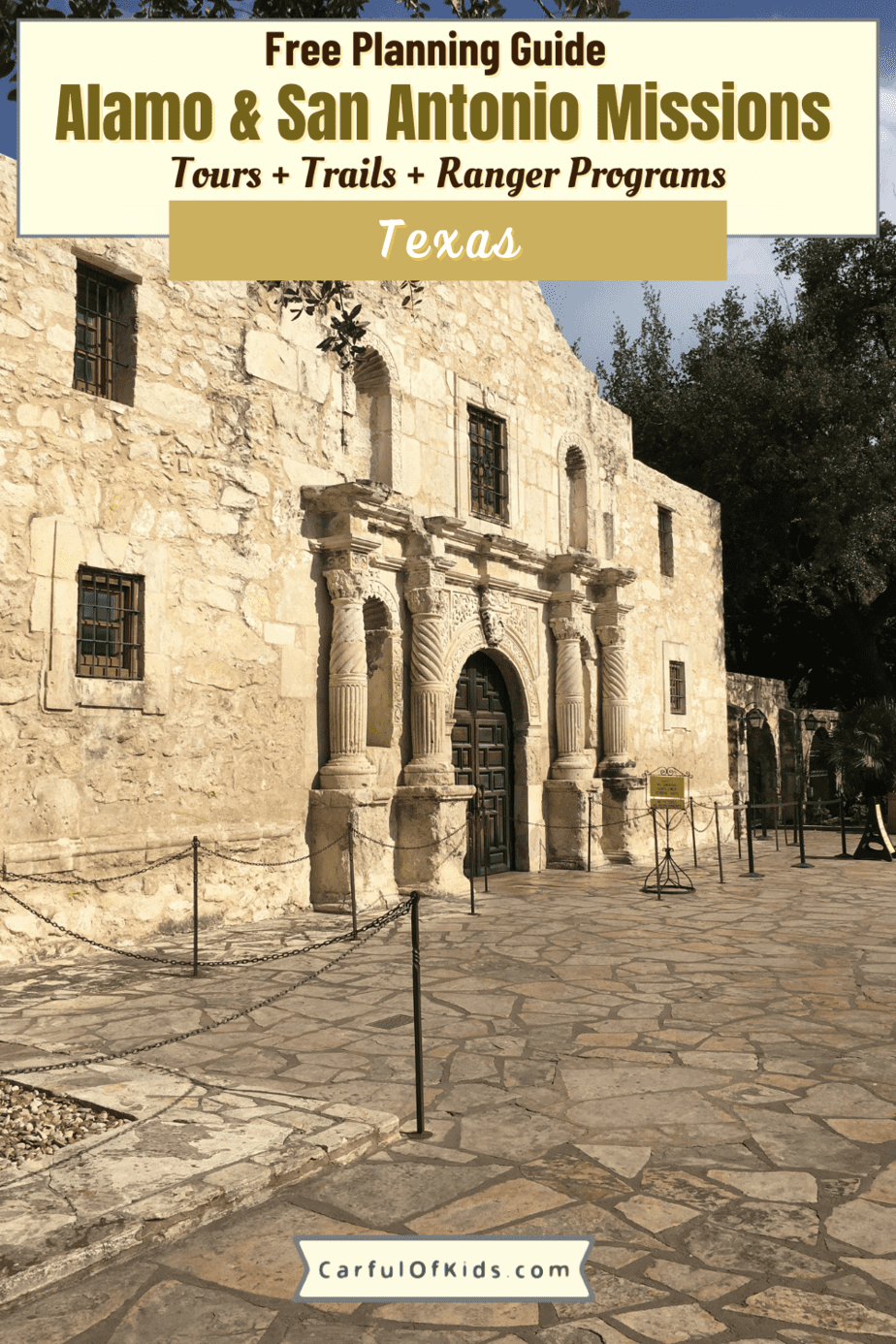 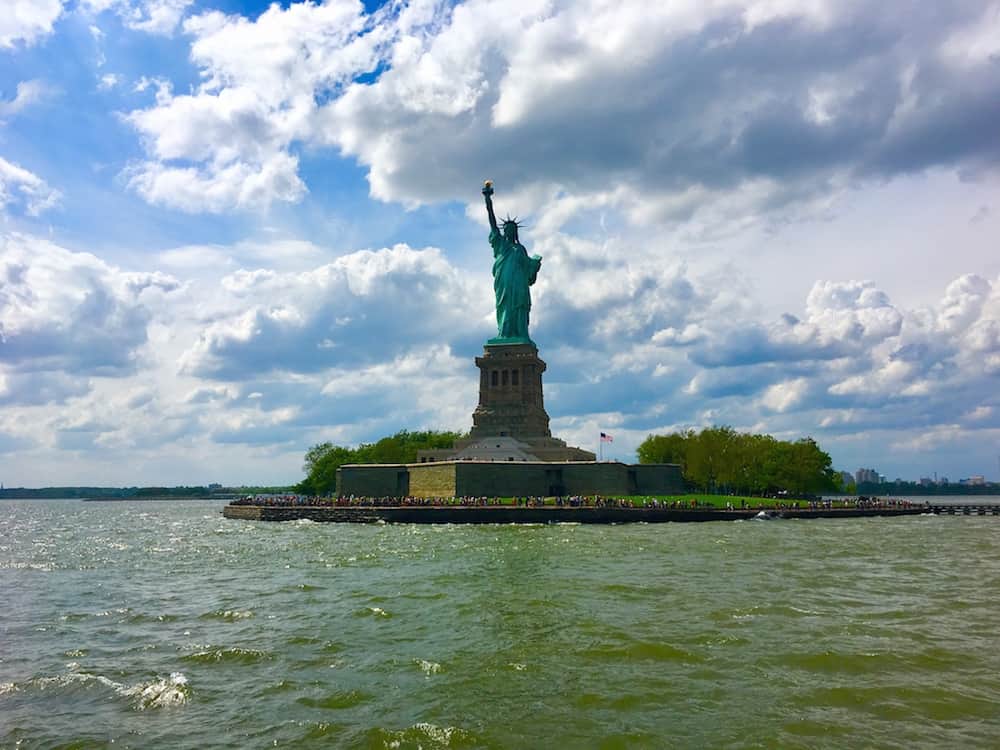 Museum Musts for Kids in NYC