In-between Crater Lake and Columbia River Gorge, Bend, Oregon, is an outdoors destination with hiking, biking, river rafting and a National Monument. Located where the ponderosa pine forest meets the high desert,  Bend is a favorite outdoor destination throughout the seasons. For learning more about volcanoes, head to the Newberry National Volcanic Monument, especially the Lava Lands Visitor Center. Here’s what to do in Bend with kids.

Newberry Volcanic National Monument features two entrances. Find  lakes, hot springs, lava flows, a lava cave and a cinder cone in the middle of the Deschutes National Forest. It’s definitely a must to add to your Oregon road trip.

What to do at the Newberry Volcano

The Newberry National Volcanic Monument is divided into two areas, each with it’s own visitor center with seasonal hours and staffed with U.S. Forest Rangers.

If limited on time start at the Lava Lands Visitor Center, located at the northern end of the monument closest to Bend. Conveniently located of U.S Route 97. It features a 3-D topographic map and introductory movie.

Hop the shuttle bus ($2 per person, round trip) to the top of Lava Butte, a 500-foot tall cinder cone volcano. A must-do for the family, hike up to the Lava Butte Lookout, an historic and active U.S. Forest Service fire lookout since 1913.

Staffed by an official fire lookout that scans the forest for tiny columns of smoke before they turn into raging infernos. During our visit, a volunteer Forest Ranger told us about the eruption 7,000 years ago that formed the butte and its crater. On the way back to the shuttle bus stop, we hiked the easy .25-mile hike along the Lava Butte Rim.

If visiting the Newberry National Volcanic Monument during the summer season (May 1 to Labor Day), explore the Lava River Cave, Oregon’s longest lava tube. An unguided tour that descends 55 steps into an unlit one-mile long cavity created by a massive lava flow.

Lava River Cave requires a 2-mile roundtrip hike and you must carry two light sources. Open from 10 a.m. to 5 p.m. during the season. A ranger-led tour starts at 3 p.m. and reservations are made day of the tour.

Lava Lands Visitor Center is open daily during the summer season from May until Labor Day.

Located in a historic Forest Service guard station, Paulina Visitor Center is at the southern end of the monument, off Paulina Lake Road or County Road 21. During the summer season a forest ranger hands out maps and Junior Forest Ranger booklets. Staffed weekends only during the spring and fall from 10 a.m. to 4 p.m. and during the summer most days from10 a.m. to 5 p.m.

During our visit, we hiked to the Big Obsidian Flow, a 1-mile loop moderate trail with a 500-foot elevation gain. The obsidian, or Black Glass, was formed 1,300 years ago and is the youngest lava flow in Oregon. This area has a vault toilet and picnic tables along with seasonal (summer) interpretive rangers.

Another hike for families, and especially waterfall-loving Moms, is the Paulina Falls trail. A .25-mile easy trail leads to an 80-foot twin falls. Both hikes have parking areas.

Within the the Newberry caldera, I found two lakes with hot springs, Paulina Lake and East Lake. Boating is permitted though both lakes have a 10-mph speed limit. Kayaks and paddle boards can be rented nearby.

Top Ports of Calls on an Alaskan Cruise

Since the Newberry National Volcanic Monument is managed by the United States Forest Service, kids can earn a Junior Forest Ranger badge. Pick up a booklet at the Lava Lands Visitor Center or the Paulina Visitor Center. The booklet focuses on activities for kids 7 to 12, though I always help my younger kids.

The Junior Forest Ranger badge is rather painless, with a few easy to complete activities. Most kids (my two boys 8 and 12 did it with no real complaints) should finish it under an hour. It doesn’t require attending a ranger program but kids have to interview a ranger.

Located on the eastern edge of the Cascade mountain range and known for its volcanic activity, the Newberry Caldera is a 1,200 square mile volcano. About the size of Rhode Island, the Newberry Caldera is still active with seismic and geothermal activity. Ordinarily kids would snooze through this but mention seismic anything when standing next to a volcano and they start to listen.

The Newberry Caldera is thought to be 500,000 years old when the top layer of the earth collapsed and formed the crater. Subsequent eruptions formed cinder cones and lava flows.

Named after John Newberry, who explored the area in 1855 for the Pacific Railroad, the Newberry National Volcanic Monument was dedicated in 1990. Astronauts trained at Newberry during NASA’s Apollo program.

Where to Stay in Bend

I found lots of options in dining, lodging and camping in Bend. During my visit, I stayed at the Riverhouse on the Deschutes ($$-$$$), located at 3075 N. Business 97 in Bend.

I found six campgrounds in the Deschutes National Forest, some of the sites are reservable.

Located 95 miles east from Crater Lake National Park and 140 miles south from Columbia River Gorge National Scenic Area, Lava Lands Visitor Center is 12 miles south of Bend, Oregon. During my visit, I stayed in Bend, with the largest selection of lodging and dining in central Oregon.

Newberry National Volcanic is open year-round though the visitor centers are open seasonally from May 1 to October 31. The monument requires admission, use an America the Beautiful annual pass ($80) or purchase a day use pass for $5 per vehicle, good at all designated parking lots.

If you plan on exploring Lava River Cave, the lava tube, you will be asked if you have visited a cave, like Oregon Caves National Monument in southern Oregon. You can not wear any clothing, including shoes, that’s been in another cave due to White-Nose Syndrome.

White-Nose Syndrome kills hibernating bat colonies across the U.S. and Canada. A fungus that thrives in low temperatures and high humidity that’s killed 6 million bats since it’s discovery in 2006. Since the fungus can survive in the soil for years, rangers forbid visitors from entering the cave with the same clothing or shoes from another cave. 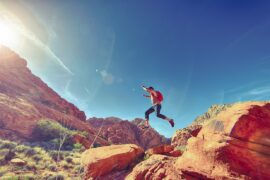 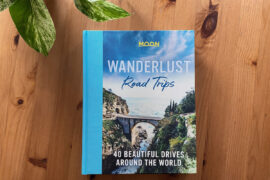 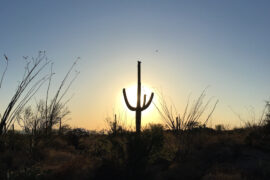